The future of gaming has never been more inspiring. Creativity in games is flourishing. New services empower you to discover more games—and bring you closer to the games and creators and streamers you love. The cloud creates a massive opportunity to stream console-quality games and play with the people you want, wherever you want. And for many of us, nothing is more inspiring than the dawn of a new console generation.

Re-engineered inside out
As we enter a new generation of console gaming with the Xbox Series X, hardware and software innovations enable the amazing possibilities for the future of games.

Designed for speed and performance
The Xbox Velocity Architecture unlocks new speed & performance capabilities through the groundbreaking combination of hardware, a custom 1TB SSD & CPU and deep software integration, to make for richer and more dynamic living worlds unlike anything ever seen before.

Gamers will experience more time playing and less time waiting as loading times will be greatly decreased thanks to the processing power of Xbox Series X.

A new feature powered by the technical capabilities and the innovative Xbox Velocity Architecture in Xbox Series X, Quick Resume enables players to seamlessly switch between multiple titles and resumes instantly from where you last left off.

Xbox Series X AMD Zen 2 processor
The most powerful console ever
Xbox Series X is our most powerful console ever, powered by our custom designed processor leveraging AMD’s latest Zen 2 and RDNA 2 architectures. The new system on a chip (SOC) has been built from the ground up for speed and performance, with 12 teraflops of processing power and with compatibility in mind for four generations of games.

Split motherboard
For the first time ever on console, an innovative split motherboard keeps the Xbox Series X internals evenly temperature controlled, allowing for the console to output more power.

The non-electric heat sink chassis
Heat-sink chassis
A heat sink is a non-electronic, passive mechanical component that has a vital role in the reliability and performance of the Xbox Series X and is integrated directly into the chassis of the console. This unique component of the parallel cooling architecture helps lend to the distinctive design of the console.

More storage without compromise
The Xbox Series X Storage Expansion Card provides additional game storage at peak speed and performance by replicating the console’s internal custom SSD experience. The 1TB card is inserted directly into the back of the console via the dedicated storage expansion port.
1 terabyte storage chip plugged into the back of the Xbox Series X console
Marcus Fenix approaches ruins under a stormy sky.
Games play even better
Through the revolutionary new Xbox Velocity Architecture, thousands of games on Xbox One, including Xbox 360 and original Xbox Games, will experience improvements in performance, including improved boot and load times, more stable frame rates, higher resolutions and improved quality on Xbox Series X.

Optimized for Xbox Series X
Games built using the Xbox Series X development kit are designed to take advantage of the unique capabilities of Xbox Series X. They will showcase unparalleled load-times, visuals, responsiveness and framerates up to 120FPS.

XBOX SERIES S – Next-gen performance in the smallest Xbox ever

Introducing Xbox Series S. Next-gen performance in the smallest Xbox ever. Experience the speed and performance of a next-gen, all-digital console at an accessible price point 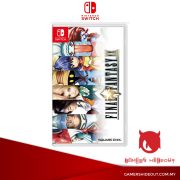 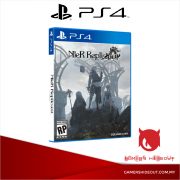